Al-Huda Science Academy has designed Physics Chapter 3 Class 9 MCQs for board preparation. Most of the questions are from the previous board papers. These are helping material for all type of students. Must share to your fellows if helpful. 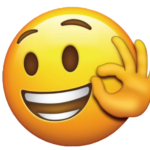 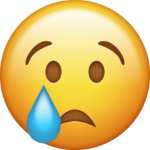 #2. The force that opposes the motion of moving objects is called:

#3. A string is stretched by two and opposite forces 10N each. The tension in the string is:

#6. The time rate of change of momentum is called:

#8. The formula of momentum is:

#9. A mass of 6 kg is moving with an acceleration of 2 meter per second. Force acting on it is:

#10. Spring balance is used to measure:

#13. Coefficient of friction between wood and concrete is:

#14. A force that keeps a body to move in a circle is called:

#15. The maximum value of friction is called:

#18. The resultant of all the forces acting on a body is called:

#19. Which of following relation is correct?

#20. Which of the following is the unit of momentum:

#21. Newton's first law of motion is valid only in the absence of

#25. Centripetal acceleration is equal to:

#29. The value of coefficient of friction between ice and wood is:

#30. Coefficient of friction between tyre and dry road is:

#31. Coefficient of friction is equal to:

#32. If velocity of the body becomes double, then centripetal force will be:

#33. When the cyclist stops pedaling, bicycle stops due to:

#36. In an isolated system the momentum after collision of two bodies is: